More than words: The US Iran Strategy

Home / Global Insight / More than words: The US Iran Strategy

More than words: The US Iran Strategy

In the 3 months since outlining its global strategy for combating Iran, the US has taken significant strides towards employing the substantive military, economic and diplomatic powers at its disposal.

On October 13, US President Donald Trump outlined a new approach for combating Iran, focusing predominantly on its interference in the affairs of other states, connections to terror organisations, missile proliferation, and the attainment of nuclear weapons.

At its core, the strategy emphasises a re-negotiation of the Joint Comprehensive Plan of Action—the Iran nuclear deal. Prior to Trump, President Obama negotiated an agreement by delineating between Iran’s nuclear activity and its more malign regional behaviour. Critics of this approach point to meetings in Moscow shortly after the deals signing—where Russia and emboldened Iranian officials planned the Syrian military intervention—as evidence of the deal’s shortcomings.

Trump makes no such delineation and has made clear that Iran’s regional behaviour has compromised the ‘spirit’ of the deal. The threat of decertifying Iran’s compliance with the deal has become Trump’s chief diplomatic tool. As announced in early January, the president has certified Iran’s compliance for the last time, leaving only 120 days for the deal to be strengthened—de-certification by the US will trigger a resumption of nuclear related sanctions and a collapse of the deal.

The White House has outlined four critical components for a new agreement: inspection access to any site requested, a permanent limitation on Iran’s ability for nuclear breakout, the removal of expiration dates, and an explicit link between Iran’s nuclear weapon and long-range missile programs. Europe’s foreign ministers are set to discuss Trumps Ultimatum on January 22. While the participating EU states are unanimous in their support of the existing deal, Britain and France have opened the door to the creation of supplementary agreements aimed at Iran’s missile program and regional interference.

But with a new deal months away, the administration has taken to squeezing Iran’s Revolutionary Guard Corps (IRGC). In practice, this has seen the administration label the IRGC as a terrorist organisation under the Countering America’s Adversaries Through Sanctions Act. The designation identifies the IRGC as a funder of terrorism and builds on the existing terrorist designation for the Quds Force–-Iran’s extraterritorial special operations unit.

Secretary of State Rex Tillerson has sent a warning, that given the IRGCs pervasiveness in the Iranian economy, international business should be wary about operating inside Iran. Sanctions make it illegal for US entities to do business with the IRGC and anyone found supporting the IRGC risks sanctions themselves or criminal prosecution.

The effectiveness of sanctions was demonstrated last month when spontaneous nationwide protests erupted in response to the rising cost of living. Furthermore, the crackdown that followed gave US Treasury ample justification for further human rights-based sanctions.

Yet the starkest change in strategy comes with the refocusing of military power in Syria. Iran has been able to capitalise on influence gained during the Syrian civil war—leasing an airbase, negotiating a new military base, and discussing the lease of a pier at the Port of Tartus. A military foothold in Syria would complete Iran’s ‘arc of influence’, cementing supply lines from Tehran to its allies in Iraq, Syria, and Lebanon.

With approximately 2000 US troops active in Syria’s northeast, contingency planning is underway to maintain a presence in the country indefinitely. The plan would support the emergence of a local multi-ethnic governance-based political structure as an alternative to the Iranian backed Assad regime.

But despite moving towards a more robust counter Iranian strategy, the US has been slow to embrace any kind of role of as a coordinator among its counter-Iranian allies Israel and Saudi Arabia. To date, the US has been content modestly supporting Saudi Arabia as it does the heavy lifting.

Much to the chagrin of Congress, this has seen the US take an active support role in Saudi Arabia’s war with Iran affiliated Houthi rebels in Yemen. Under the guise of anti-terror operations, support has come in the form of intelligence sharing, aerial refuelling capabilities and the supply of armaments. An Obama era reduction in support—as a response to the escalating humanitarian situation—was a short-lived drop in the ocean that Trump has reversed entirely.

But there are signs the administration has made progress fostering better relations between Tel Aviv and Riyadh. A reported visit by Saudi Arabia’s de facto leader, Mohammed Bin Salman (MbS) to Tel Aviv and public offers to share intelligence from the Israeli Chief of Defence bodes well for a normalisation of the relationship. Furthermore, MbS’ deafening silence, following a US decision to recognise Jerusalem as the capital of Israel, is indicative of the importance placed on better tri-lateral relations.

Iran has spent the better part of 40 years extending its influence and refining strategies for intervention. Having outlined the contours of a counter-Iran strategy in October, the Trump administration has taken significant steps towards expanding its use of diplomatic, economic and military power. But if the ad-hoc actions of Saudi Arabia, the US and Israel are to be antecedent of a regional counter-Iran strategy, then the US will need to take on a greater coordinating role between the three counter-Iranian stalwarts. 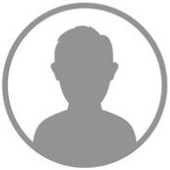